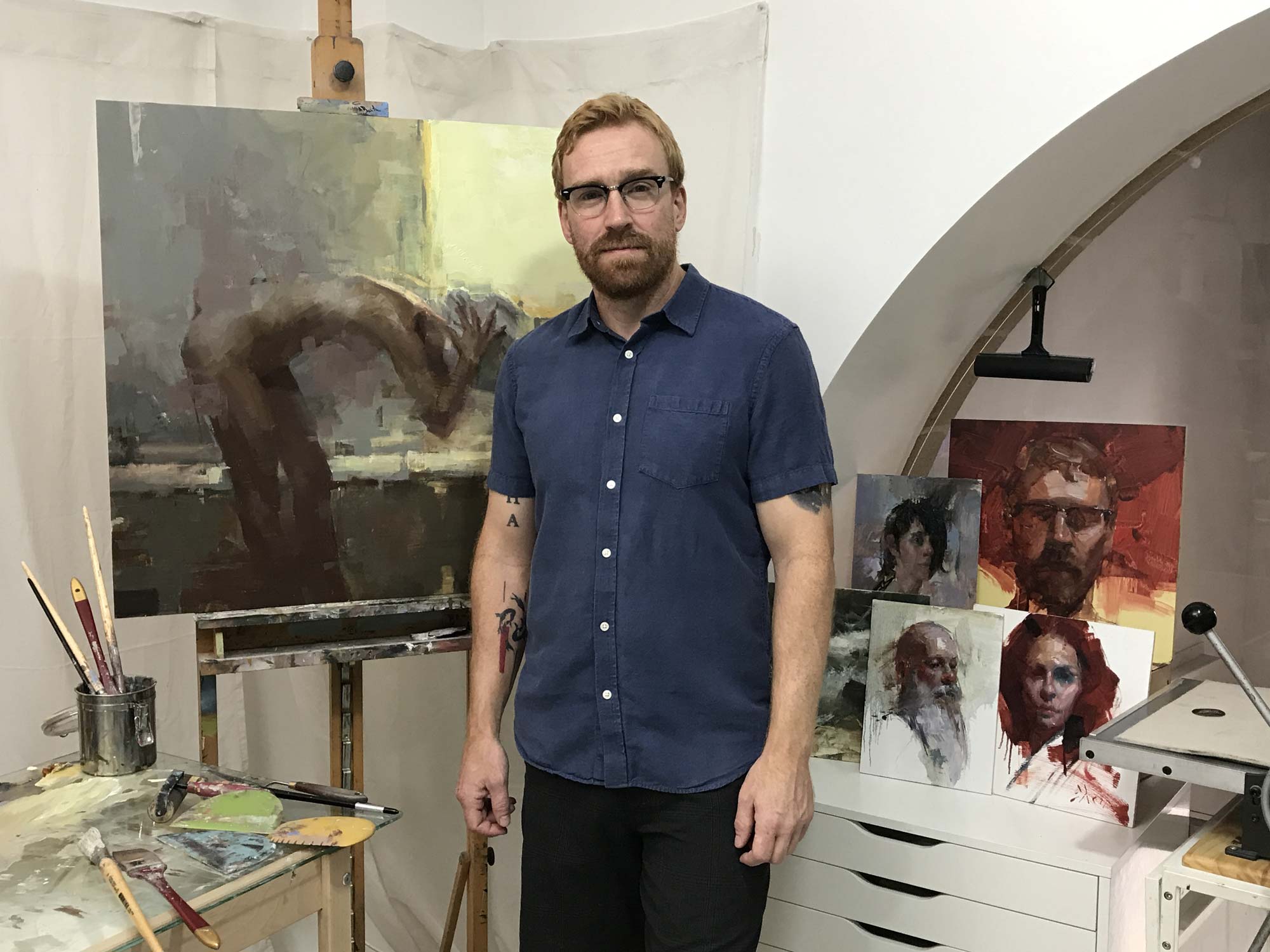 Jacob Dhein was interested in art as a child. Crayons and colored pencils were his tools of expression. He spent hours intricately crafting drawings of comic book heroes and animals. By the time he graduated from high school, one of his drawings was exhibited on the wall of a local bank. It wasn’t until he was a sophomore at the University of Wisconsin-Oshkosh that he decided to take a drawing class.

He found this so compelling that he continued with sculpture and painting. During this time he met several accomplished and influential artists who encouraged him to pursue a career in art. Tc Farley, his advisor and sculpture professor, taught him about the struggle and dedication one needed to succeed as an artist. Li Hu, his painting professor, showed him the professional side of the art market and what he needed to do if he wanted to paint for a living.

In 2006, Jacob graduated with a Bachelors of Fine Arts degree with an emphasis in Painting and Sculpture. He worked for several years after graduation, although still continued with his artwork, mainly doing portrait commissions. During this time he took workshops to enhance his skills with painters whose work he was interested in.

After three years, in 2009, Jacob dedicated himself to painting full time. Upon reflection he realized that there were missing elements in his artwork he needed to explore if he were ever to reach his goal of mastering the medium. He searched for a school that had a renowned faculty that excelled in the area of representational painting.