Looking for The ideal painting 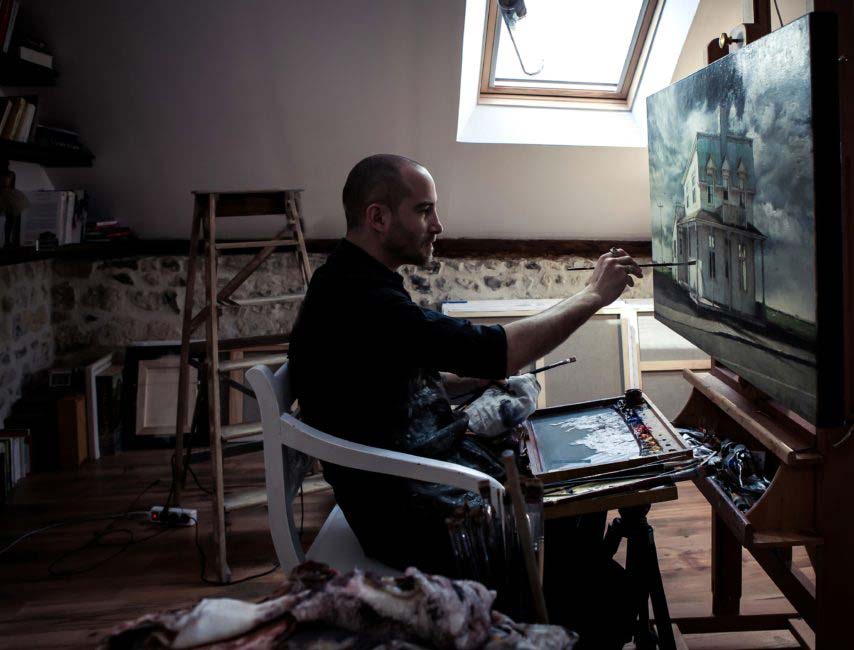 As he says, the artist is at war and is always looking for The ideal painting.

Nicolas Martin uses as model the forms of reality to lead eye to an illusion that the true of move becomes a poetic reality. Nicolas Martin freezes the instant and puts down it in the time, going towards suggestion instead of enumeration. To overshadow all features of preliminary construction, he works area by area and then in its entirety, researching in the freedom of his painting the perfect pictural balance to easily turn one’s gaze on.

Delicaty, lightness but also strength, emotion and vibration, his palette is though and his compositions ended up. The artist like to put in danger and is fond of the delicate production with very personal atmosphere, leaving spectator enters in its own universe to give his.

In his stylistic research, nothing is over before the end and the questioning stays here. It is the reason why his current work is never visible. Realist and contemporary, painting of Nicolas Martin capture the expression with many intensity and complexity of his movement. The moment captured leave the glance the freedom of interpretation. The painting is deep, subtle and authentic. 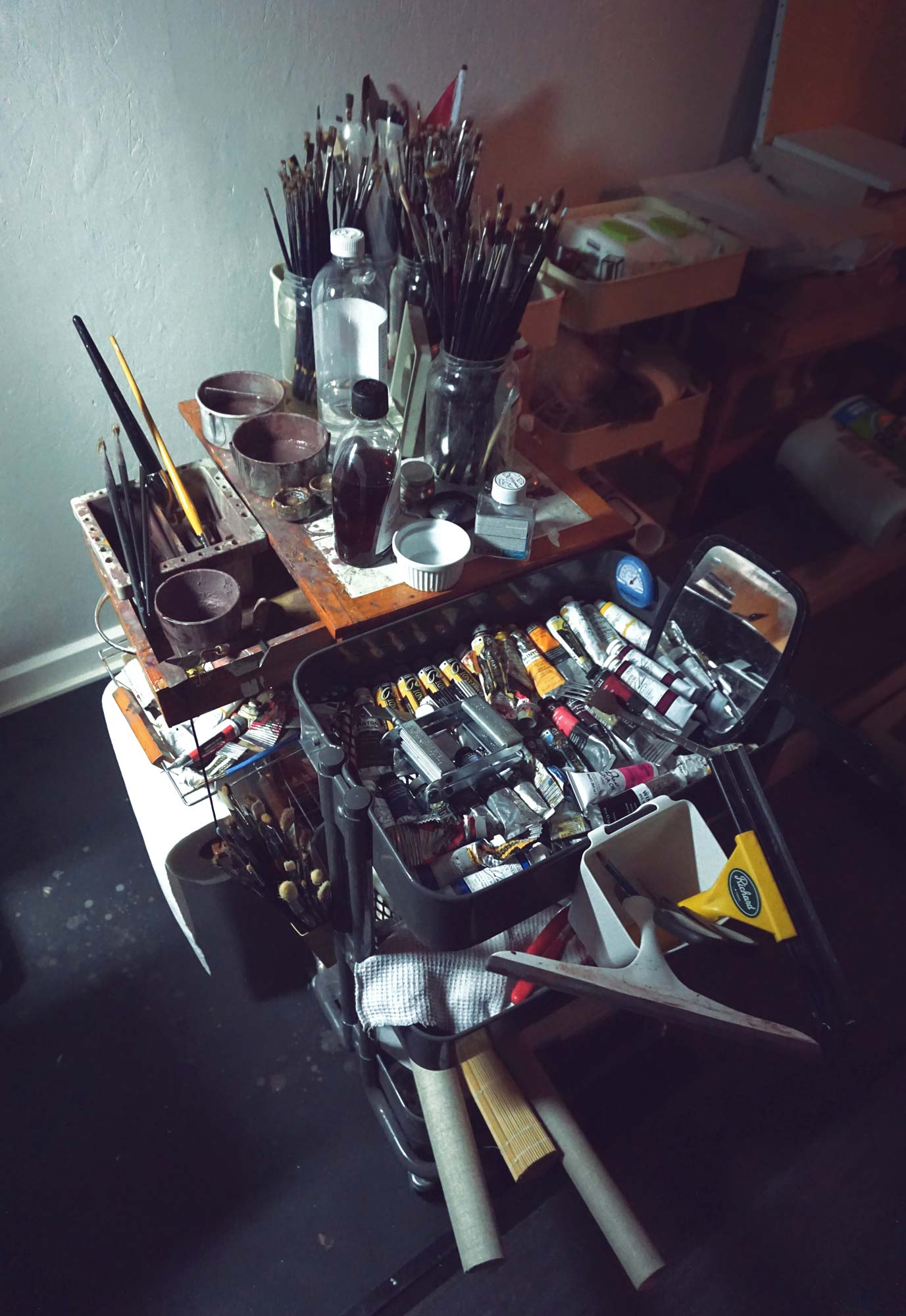 Nicolas Martin (born in 1980) is a French artist from Paris who currently lives and works in Montreal, Canada.
After obtaining his baccalaureate at the Auguste Renoir arts school in Paris, Nicolas decides to deepen his artistic knowledge and diversify his skills by following the graphic communication program of Laval University in Quebec, Canada.
In 2003, he won the “La Fondation de la vocation” prize in Paris.

During his career, Martin worked as a designer for Galeries Lafayette in Paris and as artistic director for various companies in Europe as well as in North America.
He started his career as a professional painter in 2013 with a solo exhibition at the L’Oeil du Prince gallery in Paris. First major success that will launch his career. He confirmed during his second individual exhibition at this same gallery in 2015. He then made his debut in the United States in the “Urban Life” exhibition at the Abend gallery in Denver and was a finalist at the prestigious American ARC show. He was also named “Artist to Watch” by the magazine “Southwest Art” and was featured in the book “Tall Trees of Paris” in the same year.
His third solo exhibition entitled “Cinemascope” at the Galerie L’Oeil du Prince in Paris in 2016 was a success and proved to be a pivotal moment in his career.
In 2017, he was invited to be part of the international exhibition “Realism without Borders” at the Salmagundi club in New York on 5th Avenue. A club founded in 1871 which could count among its members Churchill, Rockwell or Wyeth. Nicolas Martin has been a member of the Salmagundi Club since 2017.During the same year he was invited to present his work for the first time in Scandinavia with a solo exhibition at the Oxholm gallery in Copenhagen.
A first article of 4 pages entitled “Dedicated to light” is devoted to him in the magazine Fine Art Connoisseur retracing his journey as well as his relationship with light.
In 2018 he made the cover of the magazine “Artists Magazine” with his painting “The Bed” as well as an 8-page article in the November 2018 edition.
Nicolas exhibits for the first time at the legendary Arcadia gallery in California during the “Americans in Paris” exhibition.
The event will continue at the Galerie l’Oeil du Prince in Paris the following month. An exhibition on two continents developed by Vanessa Rothe which will be a great success.
Nicolas will participate in several other group exhibitions between the United States and Europe and will make his debut in Germany at the Pfundt gallery in Berlin.
A 5th individual exhibition will take place this same year at the Parisian gallery L’Oeil du Prince presenting several interior paintings demonstrating his real interest in this particular subject.
2019 marks the beginning of a new collaboration with the Principle Gallery in Charleston in the United States.
Martin was invited to participate in an exhibition of 3 artists at the Abend gallery in Denver in October as well as a participation in the exhibition created by Vanessa Rothe “THe Hunt” at the Salmagundi Club in New York.
Nicolas Martin’s 6th individual exhibition will take place at the Oxholm gallery in Copenhagen in October 2019 entitled “Face of light”.
In early 2020, he participated in the “Likeness” exhibition at the Vanessa Rothe Fine Art gallery in Laguna Beach.
Several exhibitions on different continents are planned in the coming months.